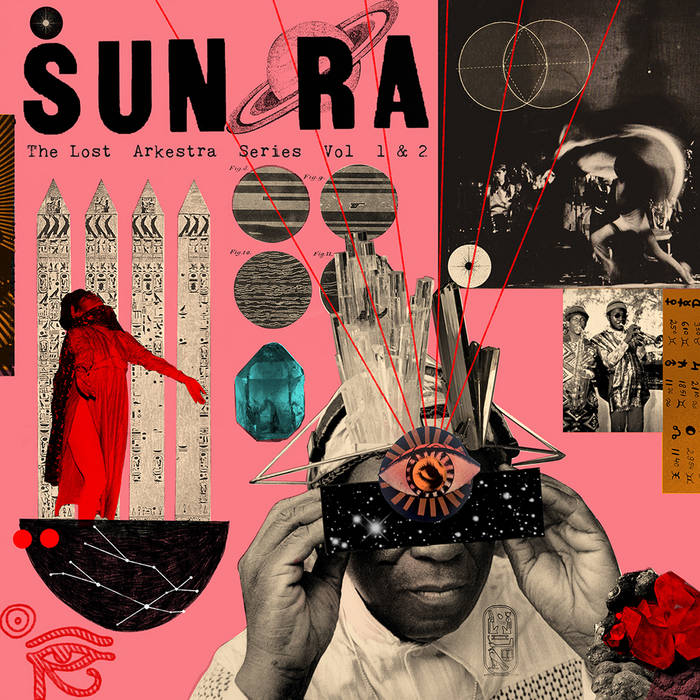 Hidden fire from the Ra archives! A double 10” set featuring unreleased and rare Sun Ra recordings from the outer limits and the underground. Volume 1 features ‘Along Came Ra’, a previously unissued live track recorded in Paris in 1983. With June Tyson in full voice, the Arkestra announce Sun Ra’s arrival on a sleeping planet. The flip features two previously unreleased cuts from the legendary Disco 3000 concert tapes, a mind-blowing quartet session that releases the full power of Sun Ra’s Crumar Mainman synth. Volume 2 lifts three fine selections from the ultra-deep Sub-Underground series of Saturn LPs. The transcendent ballad ‘Love Is For Always’ and the driving, rootsy ‘The World of Africa’ come from 1974’s Live at Temple U; while the myth-science poetics of ‘Space is The Place/We Roam The Cosmos’ is beamed down to earth from the 1975 What’s New set.

Side B:
1: The Sky Is a Sea of Darkness When There Is No Sun To Light The Way
2: We Travel The Spaceways
Sun Ra – Piano, Organ, Synthesizer [Moog Synth] Vocals.
John Gilmore – Tenor Saxophone, Drums, Vocals.
Luqman Ali- Drums, Vocals.
Michael Ray Trumpet, Vocals.

The cosmic jazz master would have celebrated his 100th earth year in 2014 but his catalogue of over 150 albums, his unique philosophy and his legendary live performances live on for a new generation. The Arkestra lives on, under the direction of Marshall Allen. ... more

Bandcamp Daily  your guide to the world of Bandcamp

Featuring Gary Bartz, 5 years of Rhythm Section Intl and an LP of the week by Nicolas Jaar